The Segamaku had a pretty short life, but lots of wacky stuff was released in that time, including some pretty nice 3D glasses.

Unbelievably, the active glasses are pretty much the same tech as used by most 3D TVs today! They use the same left-right alternating shutter technology, and even use the same 1.5mm stereo plug as current corded glasses. You can actually plug them into a TV or laptop that supports active 3D and they work. Alternatively, you can use modern 3D glasses on your Mark III or Master System.

The Mark III needed an adapter to use them. This adapter was built into the later Master System, which was somewhat of a waste, since the glasses came packaged with the adapter anyway. 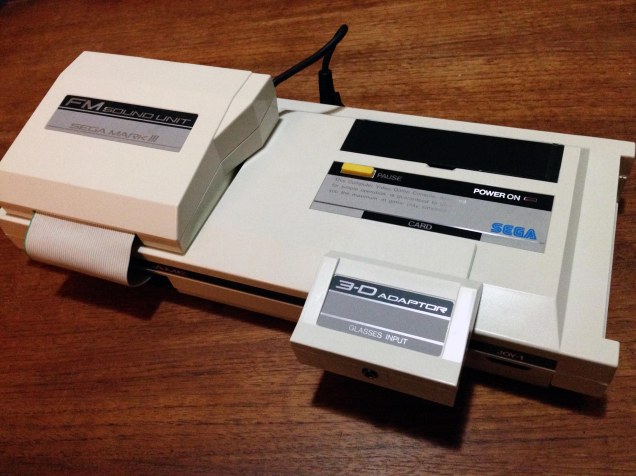 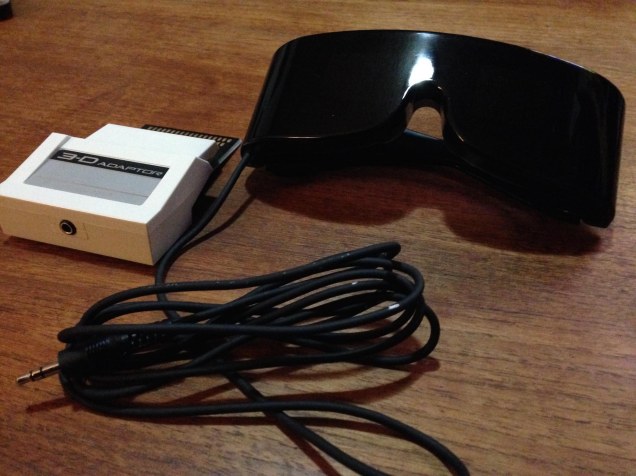