This is the full set of Konami Famicom Disk System games. 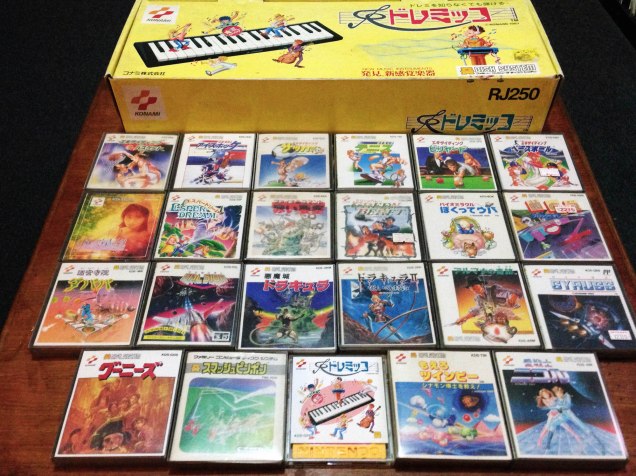 Up front you can see the two games I covered recently –  Smash Ping Pong (which was published by Nintendo), and my custom designed Goonies/Twinbee ‘retail’ box, housing the official Disk Writer releases of those two games. There’s also the DoReMikko box up the back, and disk at the front.

Some true classics here. There’s the obvious brilliance of Arumana no Kiseki, Akumajou Dracula, and Ai Senshai Nicol, and the awesome shooters Falsion and Gyruss. 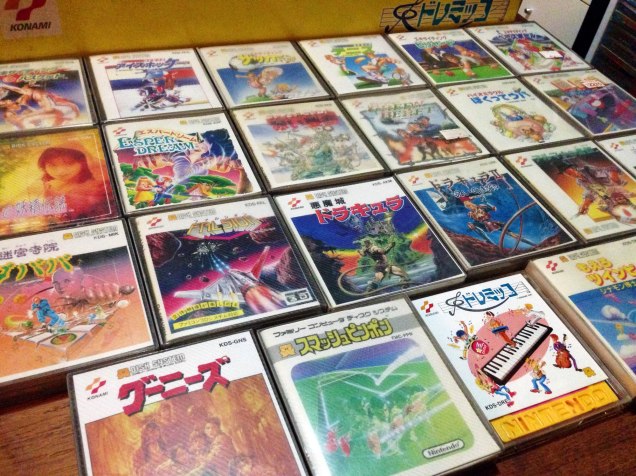 The sports games are top notch as well, I love Exciting Soccer and Konami Ice Hockey in particular, while Exciting Basketball has fantastic music missing from the NES version. Exciting Baseball and Exciting Billiards are great too.

Really every game has its merits, from the cutesy platformer Bio Miracle Bokette Upa, the creative spin on the Breakout formula in Nazo no Kabe: Block-kuzushi, the alternative layout of NES Jeep shooter Jackal in Final Command, to the flawed but revolutionary Dracula II.

Konami. In the 80s and early 90s they were Nintendo’s equal.