The Color TV-Game 6 was Nintendo’s first console. But there were four other single game Nintendo consoles before the Famicom. This is the second last one, the Nintendo Color TV-Game Block Kuzushi (Block Breaker). It plays several variations of Breakout. 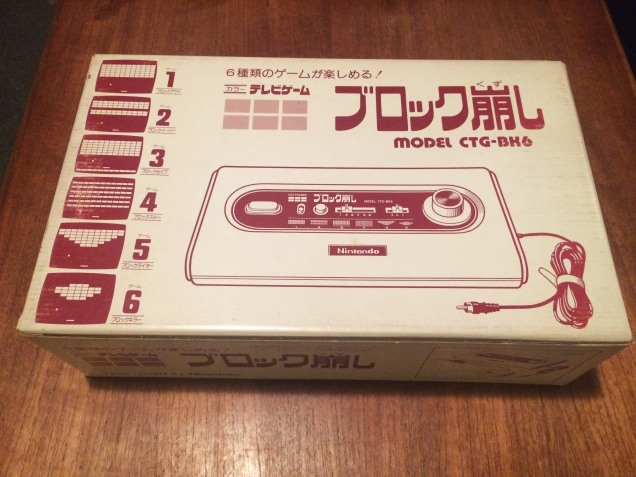 Unbelievably, despite not being advertised as such, the one I bought was actually brand new.

It’s pretty much the most 70s looking device ever made.

It’s a really great looking device, and that may have to do with the fact it was designed by a new Nintendo recruit – a freshly graduated industrial designer named Shigeru Miyamoto! Block Kuzushi and Color TV-Game Racing were Miyamoto’s first two jobs at Nintendo.

The top of the device allows selection of the game, with a handy picture of each Breakout arrangement. 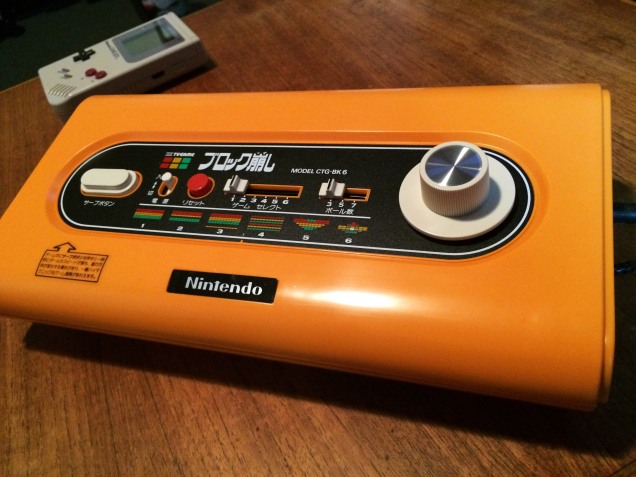 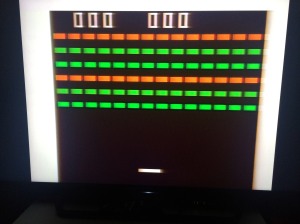 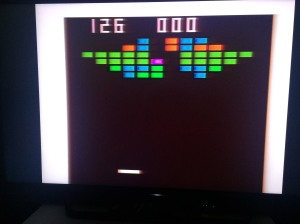 It’s powered by an external adapter, available separately for 1500 Yen. The same adapter powered all of the Color TV Game series consoles, so you only needed to buy one if you didn’t already have one (sounds familiar, New Nintendo 3DS owners?). It has the same specs as the Famicom power adapter, so can be powered anywhere with a local Mega Drive adaptor.

The adapter plugs into the right side of the console, which is also where the RF output cable is attached.

Overall it’s a really cool device, and the breakout games are very tightly designed and fun. CTV 6 and 15 are kind of basic pong clones, but this one is a really classy product.