The final stop in the ‘Splatoon madness’ journey is in Nintendo’s home town, at Kyoto Aquarium. A semi-educational Splatoon-themed event called ‘Suizokukaan’ ran for summer, with a focus on squid and jellyfish exhibits. 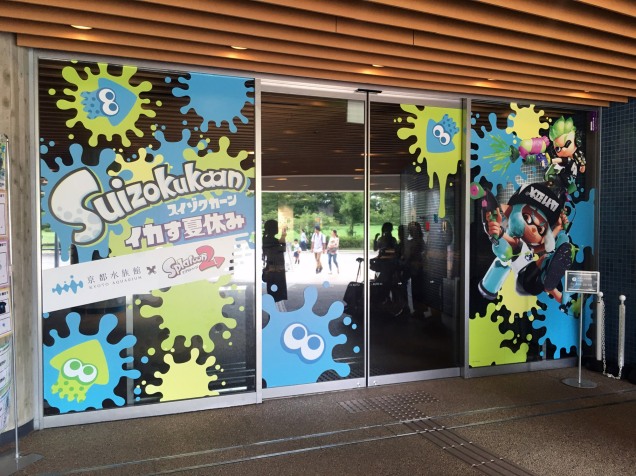 The aquarium was outfitted with Splatoon branding throughout. 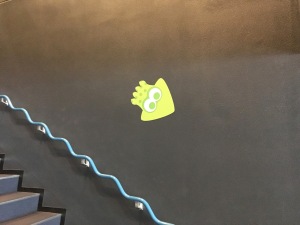 And featured special Splatoon art as temporary signs for each relevant section.

The educational info compared what’s seen in the game with the actual marine life. 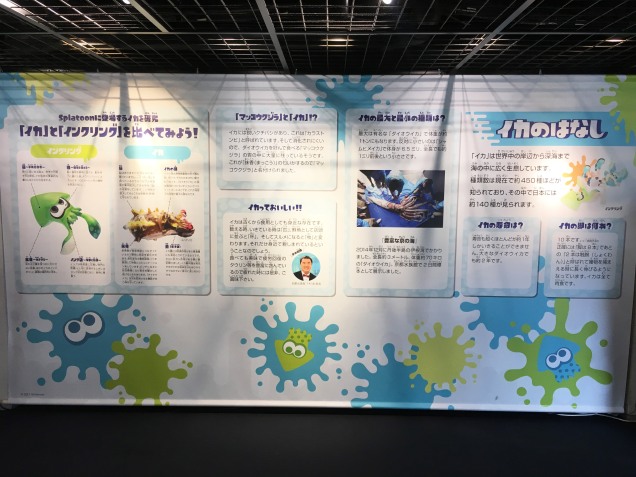 And what would a tourist trap be without copious volumes of exclusive merchandise! Murch would be proud. 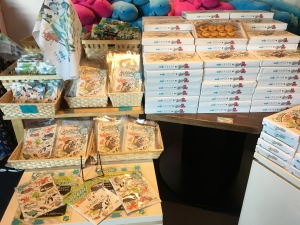 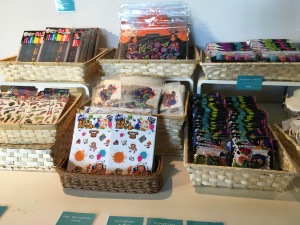 The aquarium itself is pretty standard stuff, but quite modern with some nice exhibits.

There are some cute Japanese touches too.

The main event is a Splatoon themed water fight for kids, in the seal pool between hourly shows. Kids get themselves a Splattershot…

And shoot water at a squid target. 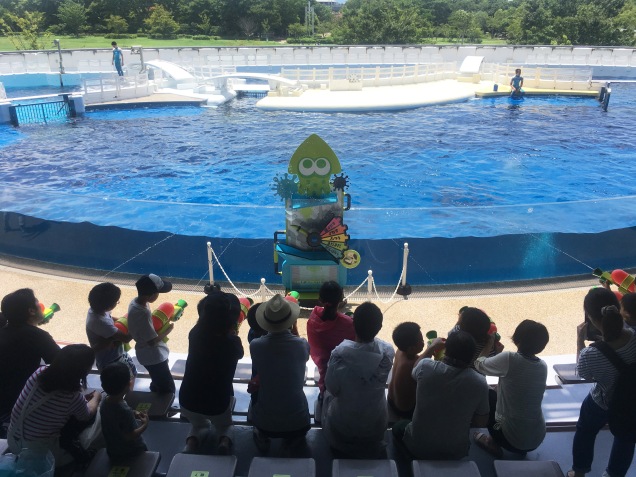 It’s a competition for who can hit the highest level, green vs pink. 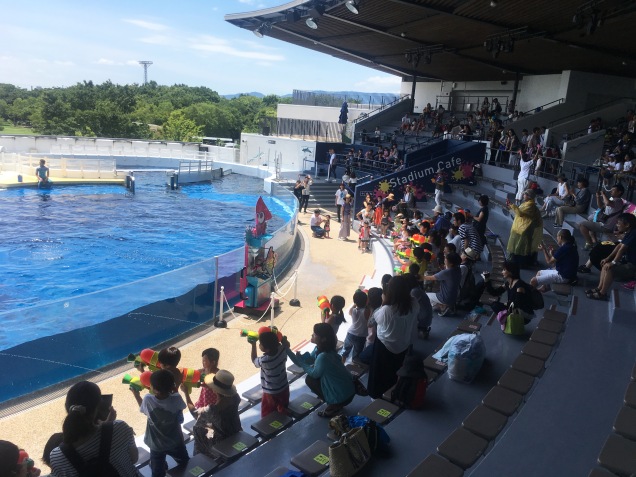 While parents/grandparents/people waiting for the seal show look on in various states of amusement/boredom.

The best part is the music. Tracks from the first game play while the race is on.

And right at the end they drop a waterfall on all the participants to the tune of ‘Now or Never’ – Squid Squad version.

All a very silly diversion but fun for the kids. And just shows the depth of the cultural relevance of the brand in Japan.