Nintendo and Sega first crossed paths as rivals in the arcade business, and this spilled over into the console business when they both released their first home console on the same day.

Unfortunately for Sega, Nintendo well and truly won round 1, and not having a great income stream from their consoles, Sega allowed their games to be released on competing systems like Nintendo’s Famicom and NEC’s PC Engine. The games were published by third parties, but nontheless there were several official Famicom/NES releases where the Sega logo could be seen on a title screen.

By the late 80’s everything had changed however. Sega’s third console the Mega Drive was doing  very well, and was eventually a solid competitor to the Famicom/NES and later Super Famicom/SNES. As a result, the concept of Sega on Nintendo (or vice versa) faded from memory as a possibility.

But by the late 90s, Sega was in a bad position again. All their Mega Drive add-ons had failed to gain decent marketshare, as had their Game Boy competitor the Game Gear. And their latest main console, the Saturn, had been a borderline disaster. While it managed to establish a decent niche in Japan (even outselling the Nintendo 64), their previously strong marketshare in the west had crashed. Their entire legacy rested on the hopes of the new Dreamcast console.

As a result, their publishing rules started to relax again, and they allowed other non-competing platforms to see their crown jewel property Sonic. In 1997 a terrible version of Sonic Jam was released on the Game.com, a terrible console by Tiger Electronics. More notably, Sonic the Hedgehog Pocket Adventure was released on SNK’s Neo Geo Pocket Color in late 1999.

On March 31st, 2001, the battle was no more. Sega discontinued the Dreamcast, and started developing games for the remaining platform holders, including Nintendo. The first release was a port of Chu Chu Rocket to Game Boy Advance. The end of the very same year the previously unthinkable had already happened – An official Sonic game on Nintendo. 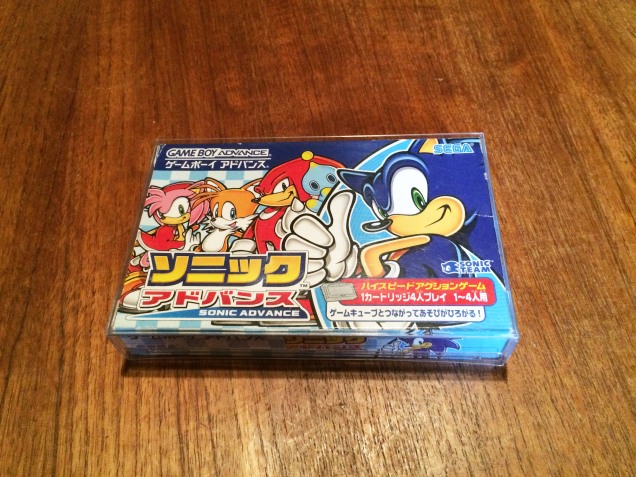 And Sonic Adventure 2 on GameCube. In a strange twist of fate, Sonic actually beat Mario to a new Nintendo console, as it would be another six months until Super Mario Sunshine.

It went on from there, and the next Sonic game, while multiplatform, was designed primarily for the Nintendo GameCube.

But for long term fans of both companies, it really really hit home when in 2003 Sega developed a Nintendo game.

This splash screen blew my mind the first time I saw it.

The game? F-Zero GX. And it was one of the greatest games of the generation, and still a killer looking and playing title today. 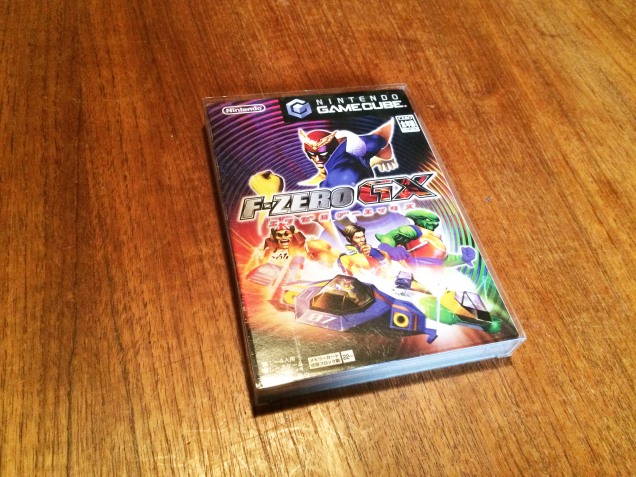 Technically that was about it for Sega. In 2003 they were taken over my Pachinko company Sammy and have continued as an upper-mid-tier third party developer. And over a decade later, despite varied game quality, Sonic is a strong seller on Nintendo.

Who would have thought?

One thought on “Sega games on Nintendo consoles – a history.”