After a few years of working toward it, I’ve finally collected all the first party ‘small box’ Famicom games.

This is the first ever line of Nintendo console games, covering the Famicom’s 1983 launch through most of 1984.

This set as a whole is often confused with the slightly smaller ‘pulse label’ games line, which features the pulse motif for the cartridge label on each game. 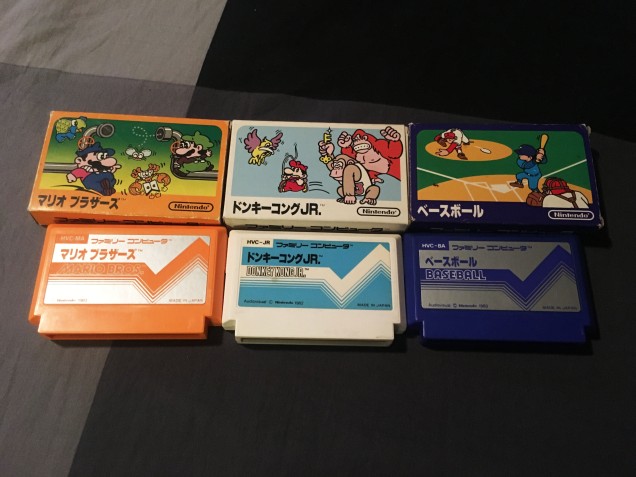 This confusion is common because unfortunately everything doesn’t quite line up perfectly, design-wise. The small box set includes all pulse label titles except one (Devil World, which came in the later standard Famicom larger box). And all small box games are also pulse label titles, except for the three gun games – Duck Hunt, Hogan’s Alley and Wild Gunman, which have the cover illustration on the cart.

So there’s the pulse line set, and the small box set, which almost completely overlap but unfortunately (for those with OCD) not 1:1.

Of course, this is not all small box Famicom games, as many third parties’ initial lines came in the same size. Here’s my Hudson, Taito, and Namco games added to my Nintendo set. 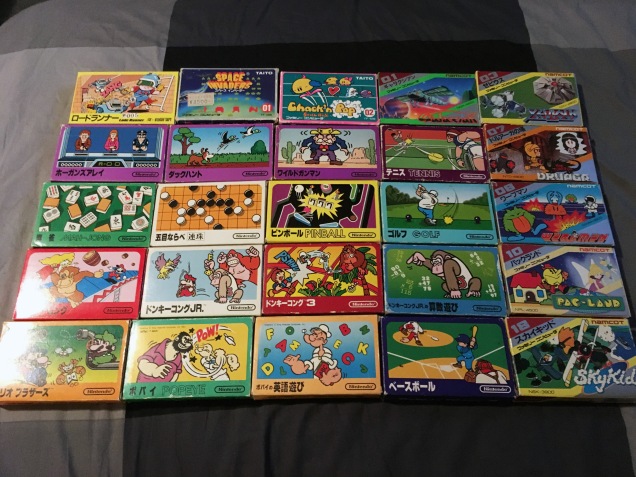 Interestingly, while Konami were there on the Fami in this era (1984), and they followed the initial Nintendo box design motif closely, they skipped the small box size and went straight to a medium size for their initial set of games, the Konami ‘orange box’ line. I charted the rest of the Konami Famicom box design evolution in this article. 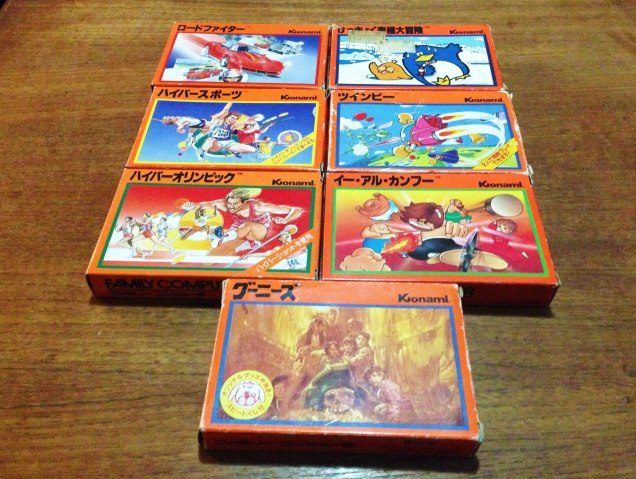 So what’s next? I guess I should get around to picking up Devil World to complete the pulse label set, for one.