A while ago I got something rather special, the original ‘Black Stripe’ edition of the Sega SG1000. It’s also known as the ‘Germany’ model since it features a front panel with three colours that match the German flag. 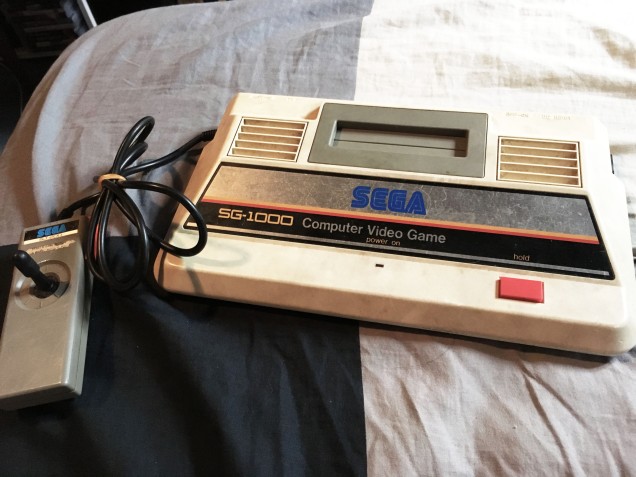 This machine is somewhat analogous to the first edition square buttons Famicom model, in that it was the first ever model of the first Sega console, produced as a short initial run, but was quickly replaced by a revised model which became more ubiquitous. As such the majority of original SG1000 consoles feature the revised red/blue colour motif matching the blue Sega logo.

This one was in pretty rough shape physically, and was sold as ‘untested’. But it powered up fine.

And it booted and played a game perfectly the first time!

It obviously needed a good cleaning. For comparison here it was lined up with my restored square buttons Famicom. 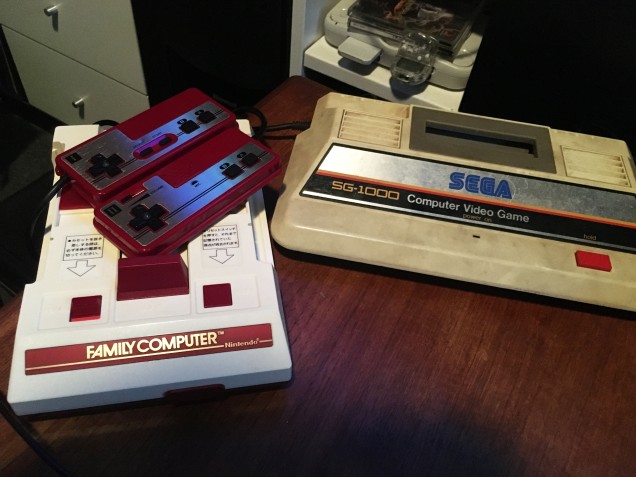 On a side note, now that I have both true first edition models I should probably revise my 1983 Nintendo/Sega Face off article.

So I set out to restore it visually in the usual way.

In the meantime, I inspected the board and found something interesting. 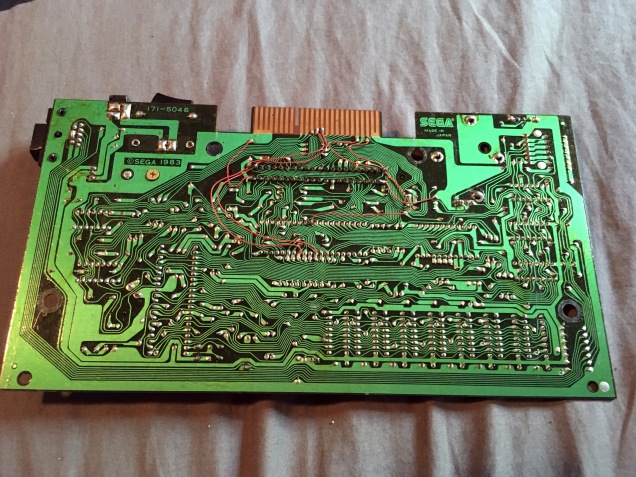 It’s such an early model, Sega was revising the PCBs by hand! Later revisions had these trace fixes integrated into the PCB.

And here’s the restored console.

The label on the controller has seen better days.

But the main unit is now in pretty nice condition. 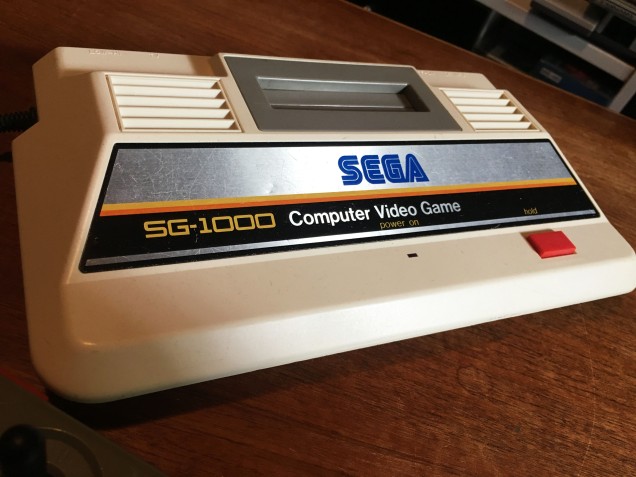 Finally, some glamour shots with its younger brother.