The 1969 Electronic Love Tester is Nintendo’s first electronic toy. Designed by Nintendo legend Gunpei Yokoi (the man who sent Nintendo into toys with the Ultra Hand and later created the Game & Watch and Game Boy), it’s a novelty device ‘for young ladies and men’ that alleges to test the ‘love’ between a couple by measuring their electrical conductivity. 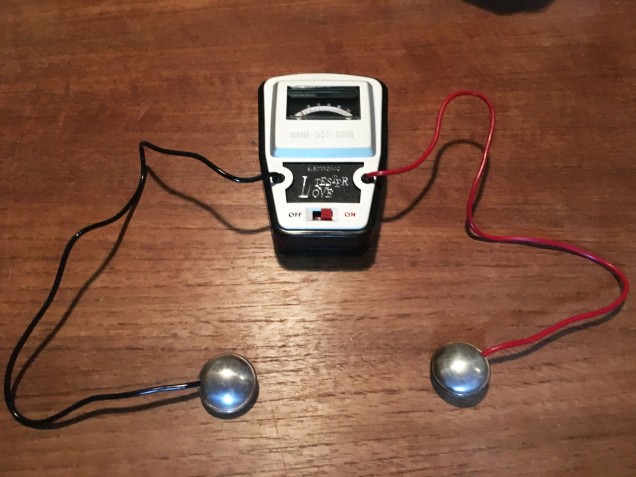 It’s presented in a box with oh-so 60s styling, and comes with the device, instructions, and faux-leather carry case.

The instructions show how to play and how to set it up. It’s powered by a single AA battery.

It is possibly the most 60s looking toy ever made, right out of The Jetsons. This one still has the original metal ties for the cords. The cords are a bit stiff after over fifty years, as is the vinyl case. 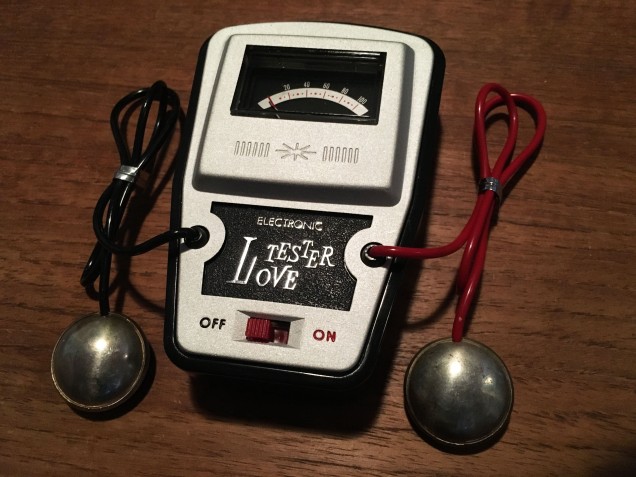 The cords unwind and couples take one sensor each in hand, and hold hands with their other to get a reading. 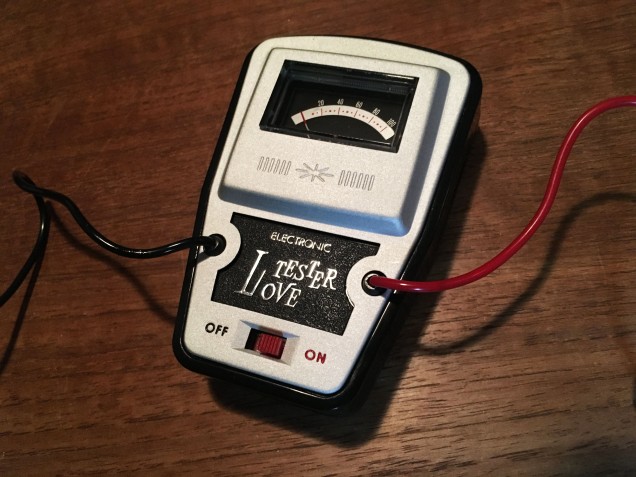 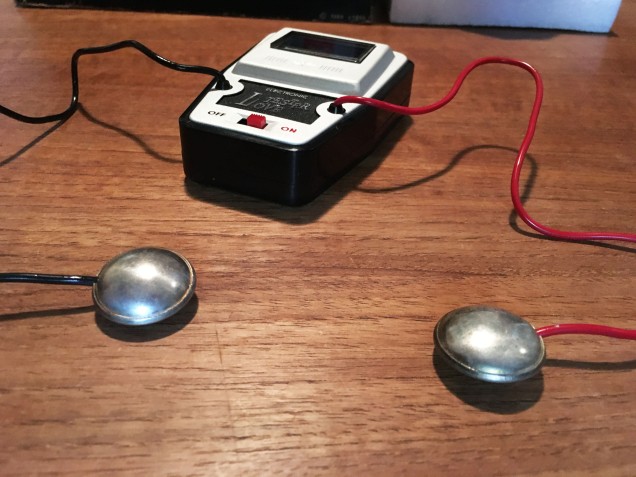 To change the battery and access the internals, it’s much like an old transistor radio from the same era, and requires removing the back plate via a single screw. Internally it’s very simple of course.

The Love Tester makes a cameo appearance in the Gamecube and Wii game Pikmin 2, described by Captain Olimar as a ‘Prototype Detector’.

And like many of the older Nintendo products, appears in the WarioWare series, as a souvenir in WarioWare Twisted on Game Boy Advance, and as a minigame in WarioWare Gold on 3DS.

There was also a 2010 re-release, which came in a recreation of the original box. You can tell the new one by the additions to the box design. 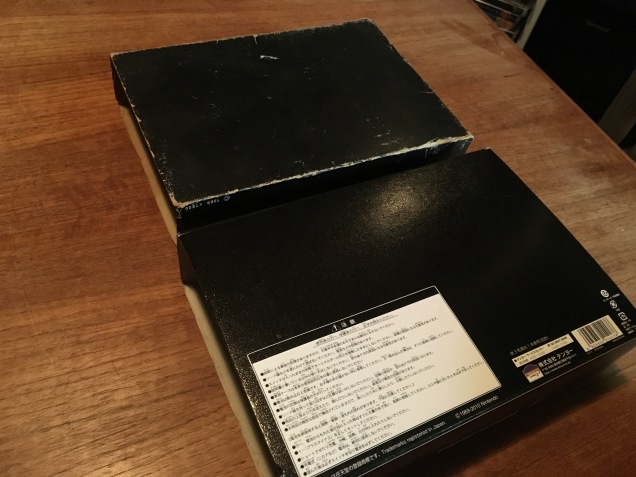